Sotheby’s International Realty is pleased to announce that its affiliated brokers and independent sales professionals achieved a record US$150 billion in 2020 global sales volume, a nearly 32% increase in sales growth year over year, as the definition of home changed for consumers around the world. Due to a longstanding commitment to innovation, Sotheby’s International Realty® agents were able to seamlessly help clients navigate the changing market dynamics brought on by the global pandemic with existing technology offerings which propelled business momentum.

Agents affiliated with Sotheby’s International Realty quickly pivoted to address the impact of the global pandemic,” said Philip White, president and CEO of Sotheby’s International Realty. “Thanks to innovations we pioneered nearly a decade ago, our affiliated companies and agents made the impossible possible. Their adaptability to serve clients safely further extended our position as a leader in luxury real estate.”

Sotheby’s International Realty continued to lead the industry and was well-positioned to meet the needs of consumers as the buying and selling process became increasingly virtual. Sotheby’s International Realty agents accelerated the use of the brand’s existing video, virtual reality, and live-streaming technology to produce new forms of content that engaged buyers and set a new standard for marketing luxury properties. Currently, buyers can safely tour more than 6,000 properties via virtual reality or video on sothebysrealty.com. Property videos also proved engaging on social media where the brand’s YouTube channel delivered 43 million views, or the equivalent of more than one million hours watched.

As a leader in the luxury real estate industry, Sotheby’s International Realty is able to anticipate trends,” said Chief Marketing Officer, Bradley Nelson. “Our priority remains to present listings in the best possible manner and to provide a superb end-user experience however buyers prefer to search for their new home. Virtual technology has been at the forefront of our marketing strategy for several years and comes as naturally to us as our commitment to high quality service.”

The brand also unveiled a new website, sothebysrealty.com, available in 14 languages and nearly 60 currency conversions, to continue serving its growing international clientele and fuel referrals worldwide. The website achieved a notable amount of traffic for the brand with 37 million visits in 2020. Property videos on the site produced by Sotheby’s International Realty agents were especially popular and played nearly 13 million times in 2020, totaling more than 90,000 hours watched.

A Year of Strategic Growth and Record Achievements

Despite travel restrictions, Sotheby’s International Realty remained committed to expanding its global footprint and achieving strategic growth. In 2020, the brand opened more than 50 new offices across the world, bringing the brand’s total presence to nearly 1,000 offices in 75 countries and territories with approximately 24,000 independent sales associates worldwide.

The brand also continued to expand internationally in key markets and opened offices in seven new territories. In Europe, the brand expanded to Ukraine, Romania, Montenegro, and in Germany. In the Asia-Pacific region, the brand opened its first office in South Korea and expanded in the Caribbean and Latin American region with two new offices in Paraguay and Antigua & Barbuda.

Our international footprint is one of our greatest competitive advantages,” said Tammy Fahmi, vice president, global operations and international servicing. “Our brand’s locations are in the most desirable places around the globe, so our clients know they can rely on our local market expertise wherever they are looking to buy or sell.”

As affluent individuals looked to acquire secondary homes in markets around the world, Sotheby’s International Realty agents acted as true global real estate advisors and referral volume surged by 42% to US$2.9 billion in closed sales volume.

Our 2020 results prove what is possible when you focus on quality above all else. We remain proud to be the real estate brand of choice for so many luxury real estate experts and affluent clients. We will continue to work tirelessly to prove their trust has been well placed,” concluded White.

Despite Destruction of Hurricane Dorian, Hope Town’s Warm, Friendly ‘Hometown Feel’ Continues to Be a Draw for Home Buyers 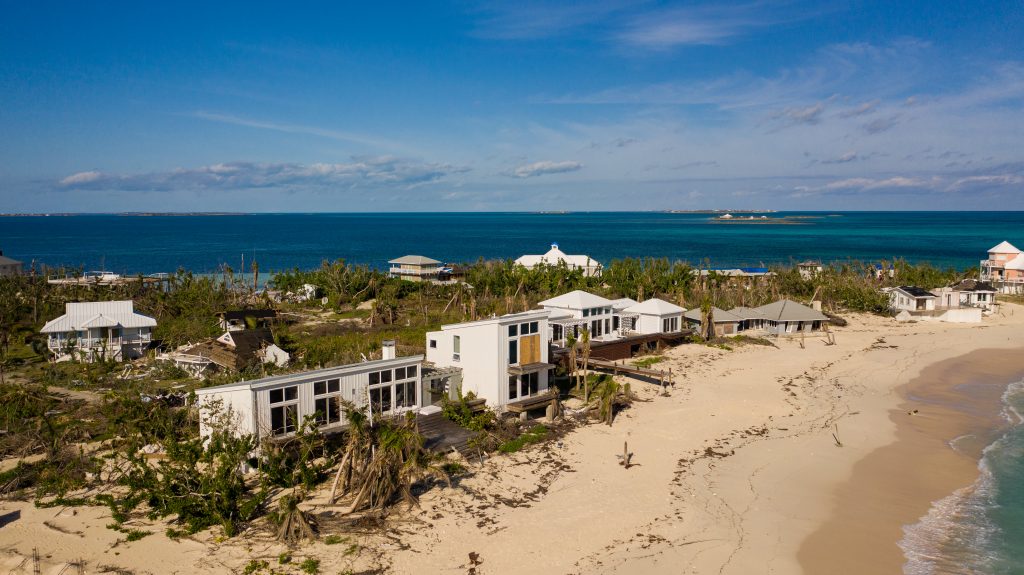 Sunny Beaches, Warm People. Despite the destruction caused by Hurricane Dorian in September 2019, properties like Two Rock Reef (above) in Hope Town continue to appeal to homebuyers who have been visiting Hope Town for decades, and who appreciate the friendly people and incomparable beauty of Abaco.

Hope Town, The Bahamas (February 18, 2020) – From local hangouts like Abaco Inn and Firefly Sunset Resort to endless miles of pristine white sand beaches, Hope Town’s unique charm and congenial vibe has attracted people from around the world for decades. Even now, in the midst of post-Hurricane Dorian rebuilding and restoration, the Abaco town most famous for its trademark red candy-striped lighthouse continues to attract visitors and second and third homebuyers.

“Most of the buyers I have been working with since Hurricane Dorian are people who are here, on the ground,” said Jane Patterson, an estate agent in the Hope Town office of Damianos Sotheby’s International Realty. “They’re people who have been coming here for years and have a true love for Hope Town.”

Patterson said that immediately following the storm, people weren’t as enthusiastic about the prospect of purchasing storm-damaged homes. However, as second homeowners returned to the island to check on their homes, they saw the restoration efforts taking place and experienced firsthand the resilient spirit of the community.

“We’re taking it day-by-day, but progress is happening,” she said. “Our beaches are beautiful, people are friendly, and everyone wants to come back. There are more and more people out there who are up for a project; who just want to be a part of this incredible community and are up for the adventure.”

And with homes selling at about 50% of pre-Dorian prices, interest has been so high that Patterson has put six homes under contract since December and has listed two new properties on the North and South Ends of Elbow Cay.

“I am constantly getting emails from people asking about the status of Hope Town and Abaco in general,” Patterson said. “Abaco isn’t desolate like they’re saying. Certain parts of Abaco are fine. And here in Hope Town, resorts and restaurants are reopening the closer we get to season. Right now, we’re looking at having a season in June or July.”

As of January, Abaco Inn and Turtle Hill are accepting guests and Firefly Sunset Resort is looking toward a March reopening.

“Everyone wants to come back and visit,” Patterson said. “Abaco is not going to go away.”

The Sotheby’s International Realty network currently has approximately 22,000 affiliated independent sales associates located in over 1,000 offices in 72 countries and territories worldwide.  Each office is independently owned and operated. 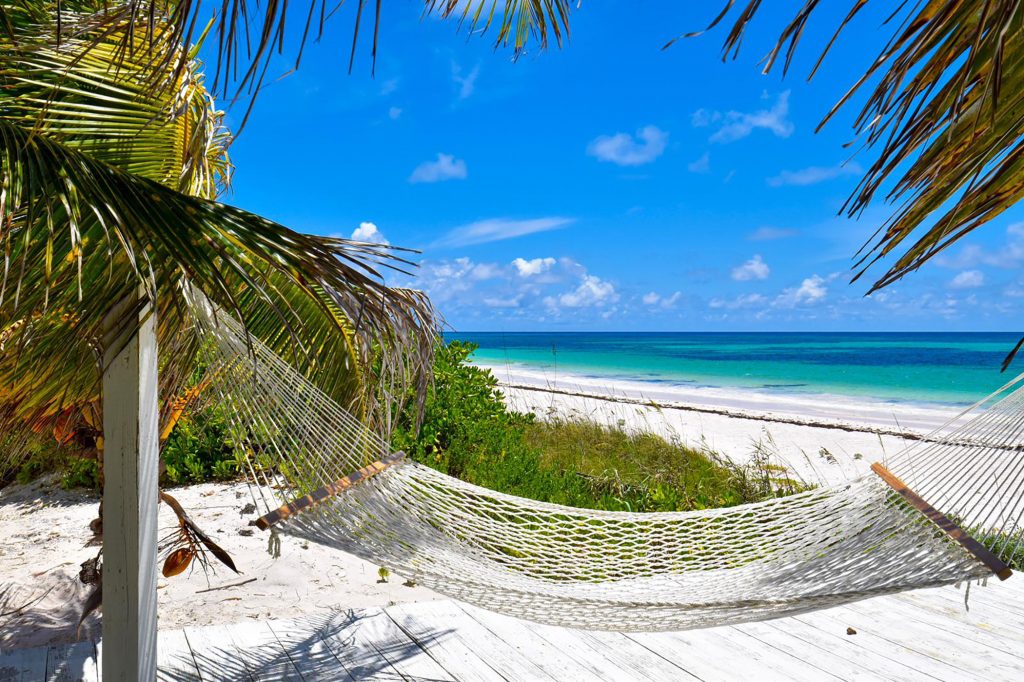 Beaches for Days. At 109 miles long, mainland Eleuthera has more beaches than nearly any other island in The Bahamas. The lure of beachfront living, combined with the island’s laidback lifestyle and affordable home prices, is attracting more buyers than ever before.

ELEUTHERA, The Bahamas (October 11, 2019) – When it comes to purchasing a home in The Bahamas, most buyers have one goal in mind: beachfront living. At 109 miles long, mainland Eleuthera offers so many beaches, you could visit a different one every day for a month and still have more to explore.

And with a year-round average temperature of 83 degrees (Fahrenheit), visitors from wintry U.S. locales like Ohio and Kansas are snapping up beachfront acreage while it’s still readily available—and still affordable.

“We’re attracting more educated buyers,” said Angelika Bacchus, an estate agent with Damianos Sotheby’s International Realty in Governors Harbour, the island’s largest settlement. “People are researching Eleuthera online in advance of their visit, so by the time they arrive they have a good idea of what the market offers and where they want to be.”

With tourist traffic on the rise, mainland Eleuthera is high on the radar for savvy investors who recognize the value of owning  a second home on one of the island’s endless stretch of beaches.

“Beachfront properties, and villas in general, are in high demand on websites like Airbnb and Home Away,” Bacchus said. “Homes are becoming increasingly wise investments because they offer renters the ultimate in privacy and convenience in an era when group travelling is reaching new heights. Vacation home investments offer owners a healthy income stream while also supporting the local economy.”

While some of the more prestigious waterfront acreage in upscale areas like Windermere Island, Double Bay and Banks Road sell for well over $1M, the average price point for a residential lot in areas like Rainbow Bay and Palmetto Point in Central Eleuthera, Eleuthera Island Shores in Gregory Town and Current in North Eleuthera hover closer to $100,000, with some dipping below $50,000.

“Spanish Wells is becoming a feeder market for Current,” said Joan Braithwaite, also an estate agent with Damianos Sotheby’s International Realty in Governors Harbour.  “Like Spanish Wells, Current has beautiful shallow beaches which allow for easy entry into the water, and easier access to dockage and moorings. This is not always the case in other areas on mainland Eleuthera so it’s becoming a real boating community. Plus, it’s just a few minutes’ boat ride from the ferry dock to Spanish Wells, Russell Island and Harbour Island.”

Similar to Spanish Wells, waterfront property in Current is relatively affordable when compared to Harbour Island with homes falling in the range between $300,000 to $600,000. Another similarity between the markets is their laidback vibe. While Harbour Island attracts jetsetters and the luxury resort crowd, mainland Eleuthera, Spanish Wells and Russell Island attract those looking for a more natural vibe.

“While our staple local attractions such as Fish Fry and the Jazz festival are events many Eleutherans look forward to annually, people come to the island for a variety of other reasons,” Bacchus said. “Our unrivaled beaches, our proximity to the U.S. and an increasing number of direct flights from the U.S. are among them.  The most distinct attraction, however, remains the island’s striking natural beauty. Eleuthera living is all about the quality of life with the friendly locals and beautiful ocean.  It’s where you decompress and can hear your thoughts when the only other sound is the sound of the ocean.  Eleuthera has continued to hold on to its understated elegance in nature, though that doesn’t mean that there is a lack of variety.  There is just the right amount of nothing to offer everything. ”

The Sotheby’s International Realty network currently has approximately 22,000 affiliated independent sales associates located in over 1,000 offices in 72 countries and territories worldwide.  Each office is independently owned and operated.

Providing access to luxury real estate and homes throughout the islands of the Bahamas. Our team of Bahamas Real Estate professionals provide unsurpassed market knowledge of Abaco, Eleuthera, Exuma, Nassau, Paradise Island, Lyford Cay, Ocean Club Estates, Old Fort Bay, Sandyport, The Residences at Atlantis and Bahamas Private Islands. Expertise. Collaborative efforts both here and globally allow us to focus on providing you with an extraordinary customer service experience, regardless of your price point. Founded in 1945, Damianos Sotheby’s International Realty offers a comprehensive agent and client support system, with an emphasis on experience, knowledge and integrity, from the most knowledgeable real estate professionals in the Bahamas.